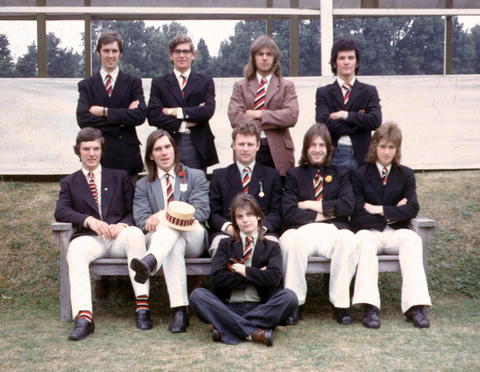 John Levy was born in Brazil, at Morro Velho, near Belo Horizonte. He contracted polio when he was 18 months old, and immediately afterwards his mother brought him back to her family home of Cornwall, settling in Chapel Porth; and later moving to Tattenham Corner. Levy went to Ewell Castle school, and studied chemistry, botany and geology at Imperial College from 1939 to 1942, where also coxed for Imperial College Boat Club. As a student his dream was to emulate Douglas Bader, the RAF pilot who flew after losing his legs. Levy had his withered left leg amputated and a false leg fitted. He would take the false leg off while coxing - sometimes leading to allegations of cheating by reducing his weight.

His first research project involved growing and studying tomatoes, a fruit which Levy couldn't abide, but he was soon diverted from his PhD studies in plant pathology (leaving his thesis unfinished) to lecture civil engineering students on timber and its properties in construction. He then spent 15 years teaching about timber and decay, establishing close cooperation with the Forest Products Research Laboratory.

His department was involved with others at Imperial in 1976 when the late Professor Alastair Cameron, of the lubrication laboratory, built an experimental, and highly successful, wooden racing four on the monocoque principle used in airframe construction. It won races at Henley powered by an Imperial crew, and prompted carbon fibre to be introduced into boat building by British Aerospace, which made an eight for the Olympic team. Monocoque construction became universal as wood bowed out as the favoured material for racing craft.

Levy was made a doctor of science and became professor of wood science in 1981. Initially encouraged by the British Wood Preservation Association, he started his research at Imperial's mine at Tywarnhale in Cornwall and at its field station at Silwood Park. This early work led to the establishment of a research group of worldwide renown, and it remains as his legacy. He also worked on the preservation of the hull of Mary Rose, and he studied the bows of the ship's archers, working out that the men must have been above average height to fire the deadly weapon.

He remained a rowing stalwart for his whole life as cox and then captain of Thames Rowing Club, Imperial's neighbour in Putney. Levy's presence in Imperial boats was keenly heard during the war when several college eights used the Thames regularly, often caught in air raids when they had to decide whether to run for shelter under a bridge or put distance between themselves and what may have been the Luftwaffe's prime target.

He served as president of both boat clubs and of Kingston regatta, and celebrated his birthday this year at Henley. Levy brought the same qualities of his professional life to his rowing activities, captaining Thames Rowing Club at the time when its committee outmanoeuvred its backwoodsmen to admit women as members. He was always quietly persuasive, never showing temper or raising his voice except when in the back of a boat.