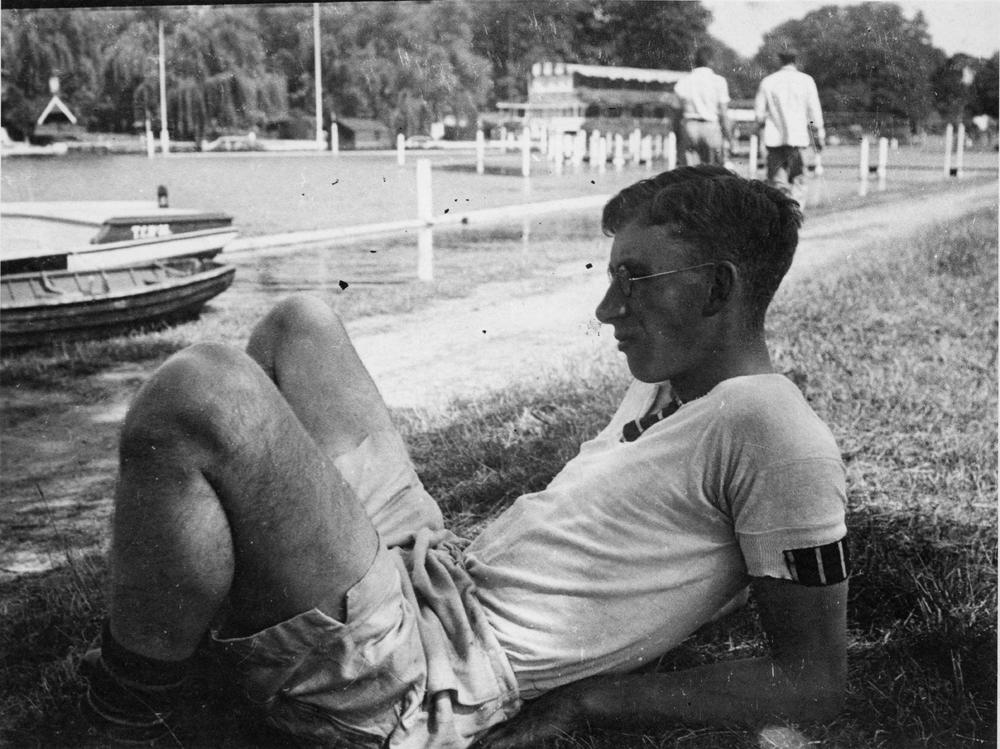 In the 1971 Journal, the following obituary, by K A Williams, appeared:

"‘ Sparrow ’ Morris was so well known to so many of us and so well liked in the rowing world that his loss will be felt severely. He came to Marlow Regatta in June and we looked forward to having him with us at Henley; but he died suddenly on the Monday morning after Marlow just before setting out to work.
He came to Imperial College about 1930 and took to rowing so happily that he rowed in the ICBC eight that raced in the final of the Thames Cup at Henley in 1932, losing to London R.C. by only four feet. Two years later he won the Thames Cup in the last Thames R.C. boat to do so—a crew that raced that year in near record times, and one whose members have been in the forefront of the Club ever since.
Sparrow went on to row in the Grand and Stewards. As a steersman of coxless fours and pairs he was perhaps unequalled in his day. After the war he rowed very successfully with Alan Burrough, losing the Goblets by only six feet to Pinches and Sturges. The pair represented the country at the European Championships at Macon. In 1948 he was bow in the Thames R.C. crew that won the Grand at Henley in a most convincing manner. Whatever the official records may say about that crew, it is a fact that in the middle of the final it rowed two whole minutes, one at 24 strokes in a minute and a second at 23½, with their opponents trailing well behind at about 38. Even today this crew can pass as a model of the best in English rowing; and, indeed, its approach to rowing and its style have formed the basis of many very successful crews since. Sparrow went on to prove himself an extremely good coach and his help was appreciated wherever it was sought. He was Captain of Thames R.C. for two years in the middle 1950s and latterly a Vice-President. He must have been one of the three most successful coaches of Imperial College; and Portora Royal School would be the first to praise what he did for them.
His experience of international rowing was not confined to the pair-oar already mentioned. He coached the English eight, provided by Thames R.C., at Ghent in 1955; and though this proved an uphill job, he brought his usual happy outlook to things. Indeed, it is this happy approach to life that we shall remember him for chiefly. Apart from rowing his main interest lay in motorcars and motoring. He was the safest—and perhaps the fastest— driver I have known; and I think he was as happy in a car as in a boat. But then, a superb bow & steers ought to be."